Given our strong beliefs in the importance of voting, we set out to uncover what might help get Gen Z to the polls; not to vote for a particular candidate, but to conscientiously vote at all. We conducted our study and put together the Gen Z Voices on Voting Report, capturing the political sentiment of this generation.

Despite What We Hear, Not All “Virus Rebels” Are Gen Zers Partying at the Beach

Whether they are referred to as “covidiots” or “virus rebels”, people are ignoring shelter-in-place orders, requests to stay home, social distancing norms, and thus proceeding with their lives as they normally would. In particular, there has been a great deal of attention focused on the irresponsibility of young people who are dismissing concerns that even if asymptomatic, they could spread the virus to others…But virus rebels are not just Gen Zers.

The cancellations and postponements due to COVID-19 precautions have had direct and rippling effects on nearly every industry, age group, gender, race, and religion. But there is an entire generation of young people who have grown up looking forward to or dreaming about once-in-a-lifetime meaningful moments and milestones that won’t take place this year or won’t take place in the ways they traditionally have. Lead author: Meghan Grace. 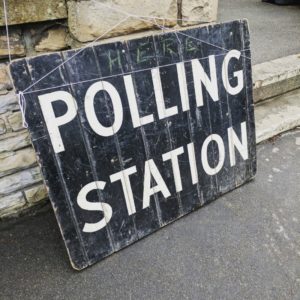 Every generation is unique and is situated in a contextual era that can help explain the behavior of its members. So, if we can get a better understanding of who Generation Z is today, we may be able to uncover what could get them to the polls. Through our two national research studies of Generation Z college students, we were able to discover barriers that may prevent voting and offer ideas to increase political participation.

I am fascinated with Generation Z (those born 1995-2010) and have studied them, worked with them, taught them, and written about them. And, I get to parent one, a first grader born in 2009. The world is a vastly different place today than it was during my childhood. And, as my daughter ages, she will grow further and further away from the world I grew up in. To veer a bit from the more serious and thoughtful writing I do on Generation Z, I thought I would share my thoughts on how the world is different today than it was when I, a Gen Xer, was growing up. In no specific order, these are the things, good and bad, that my Generation Z daughter will likely never experience.

3 Identities of the Generation Z Era: The Inventor

Sustainable energy, economic stability, educational access, incurable diseases, and terrorism…seemingly insurmountable global issues facing our world today. But, it is not just the mere presence of these problems that will impel those in Generation Z to address them. It is their social change mindset, sense of responsibility, and passion, characteristics that likely explain why 40% of Generation Z college students plan to invent something that will change the world. So, who are these Generation Z individuals when it comes to inventing?

3 Identities of the Generation Z Era: The Artist

One identity present in a Generation Z era is that of the artist. There are many individuals who are highly talented artists that if given the chance could embark on an artistic journey unparalleled to singing in the shower or doing watercolors on the patio. In addition to the “get your talent discovered” TV shows, technology and social media has made it easier than ever to turn that artistic hobby into a professional opportunity.

3 Identities of the Generation Z Era: The Entrepreneur

With an abundance of individuals operating as independent contractors, consultants, freelancers, and even people who have sole proprietorships on the side of their full-time jobs, it is no surprise that nearly 75% of those in Generation Z plan to work for themselves. And, they have a variety of options to do so.

Generation Z’s Perspectives…And Why the Presidential Candidates Should Care

As we can all imagine, youth care about making friends, getting picked for sports teams, and the many other timeless issues that every generation faces merely by being young. But, each generation is defined by the worldviews of those in it. And Gen Zers are no different. Because they will vote in their first presidential election this November, their perspectives will have an opportunity to fundamentally shape the political landscape. Who Generation Z is and what they care about should be of paramount importance to the candidates. So, how might Generation Z’s perspectives relate to key election issues and ultimately influence their voting?

Why Generation Z is Smarter Than Me

When I was a young adult, I was in college counting down the days until my birthday. I couldn’t tell you who the Speaker of the House was, current world events, or even issues facing my own campus. But, Generation Z is in the know. Our study revealed that more than half believe they are well versed in nearly all major current issues and keep up regularly on what is going on in the world.

Who is Generation Z?

It seems like just yesterday that we were introduced to those elusive Millennials. They have come to college, gone into the workforce, and many are now well into their careers. Every time we turn around, there is an article on Millennials. For example, Google the word, Millennials, and you will find more than 18 million hits. But, we have crossed over a threshold in which a new generation has come into adulthood, and it seems like there is less buzz about them. They have been called Generation iY, Digital Natives, and even iGen, a take on Apple products. But, more often they are referred to as Generation Z. So, who is Generation Z?